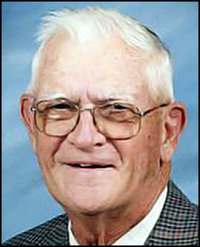 The Son – James E. Stewart Jr.
Mr. Stewart’s son, Jim, who had been working for Mr. Stewart for quite some time, took over the family business in 1981. Jim expanded the business into the commercial and industrial markets. Under Jim’s ownership Stewart Builders advanced by leaps and bounds. The company began engaging in design, engineering, and construction of all types of commercial and industrial buildings. Jim continued to grow the company keeping true to the values that Mr. Stewart founded the business on. Each project was built on a relationship that would last long past the completion date. Jim and Mr. Stewart alike believed that anything worth doing was worth doing right. This philosophy has been the key to Stewart Builders success for many years.

The Grandsons – Joshua Edward Stewart and James Nathan Stewart
In 2007 Jim’s two sons, Joshua and Nathan, began working full time. Both had worked for the family business through high school and college. From 2008 to 2015 Joshua and Nathan managed to continue to grow the company despite many economic challenges. In 2015 Jim officially retired and passed on the family business to his sons.

Under Joshua and Nathan’s leadership Stewart Builder’s has been able to evolve and adapt to the ever changing construction market while keeping true to the principles of honesty and integrity that Stewart Builders was built on. Every project is centered on the unique needs of the owner. Joshua and Nathan work hard and continue to build long lasting relationships with clients new and old. They continue to focus on commercial and industrial construction and have integrated many technological improvements to the company that allows them to stay competitive but also continue to deliver the level of quality that J.E. Stewart Builders has been known for the past 60 years.

Wearing white hard hats while using shovels to toss some dirt, Home for Good Dog Rescue’s co-founders and others participated in a groundbreaking ceremony Monday morning for a new facility... END_OF_DOCUMENT_TOKEN_TO_BE_REPLACED

WARRENVILLE — A groundbreaking ceremony was held in the rain Thursday for a $1.15 million Aiken County government project to build a finish line tower at Langley Pond Park. “This... END_OF_DOCUMENT_TOKEN_TO_BE_REPLACED

“Our newly renovated City Hall is really impressive. I've been smiling all week about the results of the construction. Stewart Builders did an outstanding job.”

“It has been an absolute pleasure working with you, Stewart Builders, and colleagues. Attitudes have been good, and the desire to get a good job done has been the common bond.”